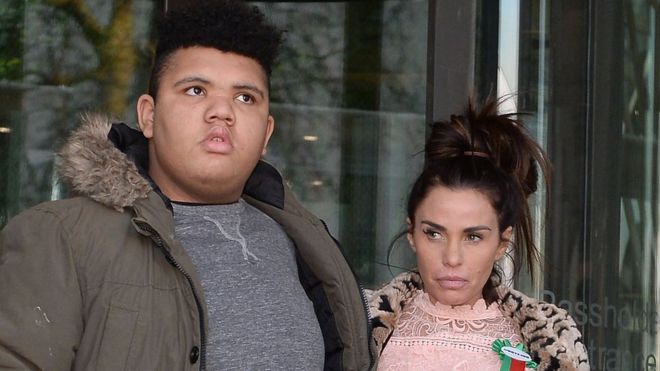 People with disabilities have shared accounts of the online abuse they face, after MPs backed a petition by model Katie Price calling for new laws.

“It’s most certainly affected my mental health,” she told the BBC.

Ms Price – who used to be known as Jordan – created the petition after raising awareness of the trolling that her son Harvey, who has disabilities, received.

Now MPs on the Petitions Committee want to give disabled people protection under hate crime laws.

The politicians said self-regulation of social media “has failed disabled people” and internet giants must also “accept responsibility” over abuse.

“Social media is rife with horrendous, degrading and dehumanising comments about people with disabilities.

“The law on online abuse is not fit for purpose and it is truly shameful that disabled people have been forced off social media while their abusers face no consequences.”

‘They called me vile’
Ms Renke, who is also a disability campaigner, told BBC Radio 4’s Today programme: “When I did a well-known commercial I had this influx of abuse online mostly on platforms such as Twitter.

“It came as a real shock to me as I never experienced that in real life. And all of a sudden I was being targeted not because people didn’t like my personality but specifically because of my disability.

“They are saying ‘oh my goodness what is that. She is vile. She makes me feel sick. Real humans walk on two legs’. They’re the kind of more milder ones.

“I do honestly believe this comes from a fear of not knowing what disability means. In the UK we still feel very awkward around disability.”

She added: “For those who say just ignore it, sticks and stones, words don’t hurt you. Actually words can affect your mental health, it’s most certainly affected my mental health.

“They [abusers] were cloning my Twitter account and pretending to be me and impersonating me,” he told the BBC’s Victoria Derbyshire show.

“I did quit Twitter a few years back but I’m now back on Twitter because it’s my voice, it’s part of me communicating to the outside world.”

Amy Clarke, a digital assistant at the learning disability charity Mencap, said she joined a group on Facebook and was called the R-word.

Ms Price, a mother-of-five, told the MPs in evidence that “the most horrific things” had been said about 16-year-old Harvey, who is partially blind, autistic and has the genetic disorder Prader-Willi syndrome.

“They know he hasn’t got a voice back and they mock him more… they find him an easy target,” she said in February last year.

On Tuesday, she tweeted that she was pleased MPs had backed her campaign.

Unlike race and religion, there are no specific disability-related criminal offences. Instead, if the offence was motivated by disability, the sentence for the crime can be increased.

The committee of an MPs launched an inquiry in response to the petition, which was closed early due to the 2017 general election.

After hearing from disabled people how online abuse could destroy careers, social lives and cause lasting damage to people’s health, the MPs made a string of recommendations in a report published on Tuesday.

They included giving disabled people the same protections under hate crime laws as those who suffered abuse due to race or religion and a review of the law on “mate crime” – exploitation within friendships or relationships.

The MPs said a similar check to that used for child sex offenders should also make it possible to see whether someone had been convicted of a hate crime on the grounds of disability before employing them.

the government and social media companies directly consult disabled people on digital strategy and hate crime law
a review of the experience of disabled people in reporting crimes and giving evidence, because “too many disabled people have not been treated seriously because front-line officers and staff do not understand disability”
social media companies accept their responsibility for allowing toxic environments to exist unchallenged
to require proportionate representation of disabled people in government advertising
Ms Price’s petition had called on the government to “make online abuse a specific criminal offence and create a register of offenders”, noting that it affected people “from every walk of life” and included “racism, homophobia, body shaming and a whole range of other hate speech”.

However, the committee focused on comments aimed at people with disabilities, to avoid duplicating the work of MPs elsewhere.

Last year, the then Digital, Culture, Media and Sport Secretary Matt Hancock said he did not have enough power to police social media companies, after admitting only four of 14 invited to talks had showed up.

He told the BBC it had given him “a big impetus” to introduce new laws to tackle what he has called the internet’s “Wild West” culture.