Katie Price is right. Disabled people shouldn’t be forced off the internet by abuse 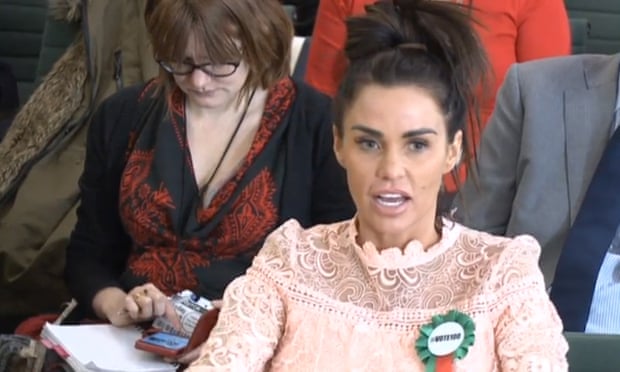 If the social media giants can’t cope with the sheer volume of spite, then it’s down to parliament to protect minority groups

What sort of person repeatedly picks on a disabled child in the most vicious and cruel of terms?

The answer, of course, is the sort of people the model Katie Price had in mind when she started campaigning for online abuse to become a specific criminal offence. Price’s 15-year-old son Harvey – who is blind, autistic and has Prader-Willi syndrome – has been hideously mocked and taunted. His mother quickly gathered more than 220,000 supportive signatures for a petition demanding online abuse be treated as a hate crime, and now the parliamentary petitions committee has accepted her argument that the law isn’t fit for purpose – or to be precise a part of that argument. (Price’s petition referred not just to disability but to homophobia, racism and even body-shaming of women; the MPs were careful to single out disability alone, arguing in their report that they didn’t want to cut across the work of others on the rest.)

Despite sympathetic noises from Downing Street, this is perhaps unlikely to become law any time soon. Even if the government could somehow tear itself away from Brexit, there are too many difficult questions here about the limits of free speech and the unwritten right to cause offence.

But Price is right to challenge the Pandora’s box that social media companies have so carelessly (and profitably) opened, by creating platforms on which anyone can say anything to anyone with relative impunity. If not this, then what exactly are they going to do to cap the fountain of poison?

Platforms did not somehow invent prejudice, obviously. Every cruel, repellent attitude now up in lights on Twitter or Facebook was there before, festering in private conversations or lurking in the minds of those too embarrassed to say it to someone’s face. The need to tackle this deeper culture is reflected in the committee’s more general suggestion that images of disabled people should be routinely included in, for example, government advertising.

But by ensuring that what was previously muttered behind someone’s back can be thrust into their faces by strangers, social media companies have inadvertently weaponised prejudice. More than that, they have normalised it. Bullies see what others get away with saying in public, and are emboldened. And eventually the bullied slink away, deciding it’s just not worth trying to join in. To force disabled people who may already be housebound, isolated or lonely out of one of the few spaces in which they can easily engage with others on equal terms (not to mention a useful campaigning tool) feels particularly outrageous. Those who champion free speech at any price are all too often those who won’t have to pay that price themselves, because they don’t fall into the minority groups that are disproportionately on the sharp end.

But if the committee is right to say that self-regulation has failed, replacing it with something else is not easy. Should repeat offenders be banned from opening social media accounts, and if so should teenagers be treated differently from grown adults? What about trolls who turn out to have mental health issues themselves? How would you reduce vexatious complaints, in the kind of emotive Twitter spats that leave both sides claiming they have been victimised? These are all fair questions.

But it’s unfair to expect distressed parents to create oven-ready legislation; that’s where parliament is supposed to come in, refining ideas that well up from the public into something that works in practice. It’s clear from their rather feeble, clumsy efforts to enforce some belated rules of engagement that the big social media companies can’t realistically cope with the sheer volume of spite they attract. And as the petitions committee’s chair, Helen Jones, said, it is intolerable for disabled people to be driven off platforms by dumb prejudice while their victorious abusers are free to stay and pick their next victim. If not this, then what?

• Gaby Hinsliff is a Guardian columnist